Ed Allen was special. He was a talented architect, prolific author, gifted teacher, and inspiring mentor. Above all, he was a good friend, who I am fortunate to have known for almost fifty years. Undoubtedly, there will be many formal tributes written for Ed, so I ask your indulgence to share some personal memories and observations of his skillful teaching and generous mentoring.

My mother was a colleague of Ed’s wife Mary at Wellesley College. My earliest memories of our friendship include playing volleyball and soccer together at Wellesley Science Dept. faculty picnics. My fondest memory is a fun house-warming party he and Mary hosted at their brand-new cottage on a small lake in New Hampshire.  As a curious kid of seven, the modest house Ed designed and built himself was magical to me. Perhaps it was there that I began to think about how buildings and spaces were designed and constructed. I never realized until then that houses or structures could be such exciting, yet comforting spaces. I had even less clue as to how they came into being, but I knew the house was created by Ed, and that was a “Wow!” moment for me.  I loved how it sat perched high above the water, the natural boulder in front of the fireplace, and the large windows offering amazing views.  Little did I know what a profound impact spending that afternoon exploring his unique house with him would ultimately have on my career.

After college, I was exploring studying architecture, and called Ed to see if he would give me some advice. I was nervous, mostly because I had not seen him in a long time, and knew he was a successful architect and teacher...careers I would eventually, with his encouragement, realize were achievable/desirable goals for me as well.  Again, I was awed by the beautiful space where he hosted me, the living room of a passive house he designed and built in Natick, MA. (Who knew you could have a swing indoors?)  We discussed different architecture programs and where/what I might want to study. I learned that day that Ed would never simply tell me what to do, even though I wish he would have on more than one occasion.  Instead, modeling great teaching skills, Ed asked me questions…lots of thoughtful questions...many I couldn’t answer…but they all made me think long and hard.  We would go on to have many, many more visits like this one.

On one occasion, while I was in graduate school, I went to Ed’s house for a regular chat session.  I was tired and had nothing much to show or ask him that day. He calmly invited me in and simply said,  “Want to play bocce?” (On a bocce court that he had constructed in his yard.)  That friendly gesture immediately taught me that life wasn’t always about work, and that Ed was a good bocce player.  I think it was that day that I realized we were friends, and not just a teacher and a student.  Since those early days of our friendship we had many visits with one another, all with good conversations, often over good food. I  learned something from Ed during every session…and not just about architecture, but about life as well.

Ed continually sought ways to connect people who shared his passion for teaching technology in architecture. In 1992, he single-handedly launched, Connector, A Forum for Teachers of Technology in Schools of Architecture. This humble newsletter was a very personal endeavor for Ed. He wrote, printed, bound and mailed it to anyone teaching architectural technology all across the US and Canada twice a year. It is a wonderful example of his creative spirit and his desire to encourage colleagues to share ideas and thoughts on a subject he/they loved. Over the next ten plus years, he would produce almost two dozen issues from his home office above his garage.

In the summer of 1996, Ed encouraged me to attend an ACSA meeting on Teaching Technology at UW-Milwaukee, a watershed moment in my fledgling academic career. Exactly ten years later, many of those in attendance at Milwaukee would meet again at a similar symposium at the University of Maryland. The 2006 meeting was organized by Deborah Oakley and Ryan Smith whom had met via mutual connections through Ed.

At the ACSA Annual meeting held in Chicago in spring 2005, Ed was awarded the Topaz Medallion by the ACSA and AIA. This is the highest honor in architectural teaching given to an educator who has had significant impact upon architectural education and the discipline and practice of architecture. Ed’s Topaz acceptance speech in Chicago was titled, “Some Comments Concerning Technical Teaching in Schools of Architecture”. He eloquently advocated for the robust teaching of the technical aspects of architecture. Ed concluded his remarks by declaring that, “…for the sake of our students, we must learn, we must learn, to teach technology as design.” His talk was greeted with a long-standing ovation. In the fifteen years since he made that claim, his words have been shared with thousands of architecture educators and students.    In August 2006, Ed was invited to give the keynote address at the symposium in Maryland, to a group of architectural educators passionate about teaching and technology. His Maryland talk continued his convincing advocation for the teaching of technology as design he proffered in Chicago the previous spring. By the end of the weekend, the 70 plus educators in attendance had organized themselves into the Building Technology Educators’ Society. Ed was certainly the guiding spirt and inspiration for this new group of architectural educators. In 2021, the BTES will launch the Edward Allen Student Award for excellence in technical design to honor his contributions to the BTES and countless students and teachers of architecture.

For many years, Ed would bring a “teaching gift” to conferences he attended. One year, it was a small booklet he wrote, printed and bound himself titled “Notes to Myself”.  It was full of teaching tips and reminder notes he collected over the years, carefully formatted and shared freely with many young teachers. I still read the little teaching book before the start of every semester.  It is one of my prized possessions.  I still try to live by his words, and “Teach with stars in your eyes!” Whenever I do, I think of Ed.

After a successful design, teaching, and publishing career, Ed’s enduring legacy will surely be the vast number of young architects and teachers he inspired throughout his career. Ed Allen was a kind soul and a brilliant scholar. He will be missed dearly by many in our profession, especially by all of us fortunate to call him their friend.

Ed understood that excellence in architectural design and building technologies were inseparable. He often said that any pedagogy based on a separation of design from technology was wrong; it was a flawed pedagogy. Students must never come upon a curriculum, a course or a faculty member who believed that architectural design could be disengaged from technology, or that technology could be engaged without a healthy dose of design consideration.

Several decades ago, I gave a talk at an ACSA Technology Conference (some of you may remember when these existed) in which I stated that “It is not enough for us to teach technology in our building technology courses. We must teach architecture in them.” Ed was there, and later cited this in his Connector  newsletter and other venues for architectural educators. Years later, when Ed and the publisher needed someone to prepare a new edition of Architectural Detailing; Function Constructability Aesthetics, Ed called up me to undertake this task. I’m sure it was because he knew that we shared deeply a common conviction that at every scale, including detailing, architectural design and technology are integrated.

Edward Allen was a rarity. He was rare in that he was an ACSA Topaz Laureate who never held an administrative position. He was simply the best educator of us all. Ed was rare in that he started in a rural Wisconsin elementary school in which two grades occupied each classroom, and he went on to excel at the nation’s finest schools of architecture. Ed was rare in that he could find the essence of any subject, and represent it in words and freehand drawings with such clarity that a novice could grasp the subject matter immediately, and a veteran could be liberated and inspired by the clarity of thought contained. Ed was rare in that he could produce book after book, that spanned a range of topics, each of which are the foremost reference on the subject. Yet he was always eager to meet the student or junior faculty member who was struggling or had another way of seeing the topic.

At the inaugural conference of the Building Technology Educators Society in 2006, Edward Allen gave a memorable Keynote Address that all of you must read, or re-read. It is even more relevant now than when it was first presented. In it, Ed answered the key question “What is the Essence of Building Technology?”.

“The primary focus of all of our courses is getting the form right! With the right form, the rest is easy.”

Challenges in making buildings strong, safe, durable, comfortable, acoustically pleasant, efficient and economical to build and maintain, etc. must be resolved in the architectural form. As educators today, we must remember to never permit form to be arbitrary or borne in a technology vacuum. Technically naïve schemes will simply not be built, or will require too many heroic, costly and distracting “band-aids” for them to have a hope of functioning as a building.

When collaborating with Ed on three books, I would prepare drafts and redrafts until I thought they were ready for Ed’s attention. Sometimes, he would simply circle a part of the manuscript and ask me what I was trying to say there. When I told him, he would gently say, “Then write that.” Ed taught me how to make the complex simple. He always had the big picture, as well as all the pixels that composed it. Ed also had an uncanny grasp of which principles needed to be engaged first, then next, then next. This is what made him the best teacher of us all; he knew what the student needed at exactly the moment they needed it.

We must resolve to build upon the inspiration of Edward Allen. We must dissolve any false partitions between design and technology, as these are inseparable aspects of good architecture. Ed Allen was one of a kind. But as educators, we must strive to make the pedagogy that Ed Allen advocated less rare.

Architectural educators at every institution should embrace the model that Ed made so clear, and propagate it to their students so that their concepts are well formed, making the rest easy.

In 2005, I was a new faculty member at a teaching-only institution, and had little experience or mentorship in writing, presenting, or publishing my research.  In the Association for Collegiate Schools of Architecture (AGSA) Newspaper, the Building Technology Educator’s Symposium to be held at the University of Maryland called for abstract submissions, and Ed Allen was to be the Symposium’s keynote speaker!  Having only known Ed through his publications as an architecture student, the idea of meeting and hearing him lecture in person encouraged me to submit an abstract for the 2006 Symposium. It was there that I volunteered to be on the original organizing committee for the Building Technology Educators’ Society, worked with Diane Armpriest to organize the 2009 BTES Conference at the University of New Mexico, and met countless other like-minded building technology faculty that I can call on for mentoring, professional support, and friendship. It was Ed Allen that solidified my participation with BTES!

The Edward and Mary Allen Lecture in Structural Design

Out of Bounds: BTES 2021 Conference 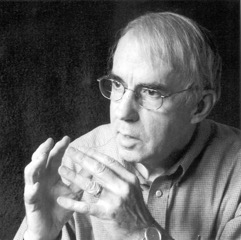 Virtual Teaching in the Technologies

Testing and Experimentation | Visit the webpage for pre-recorded video presentations.